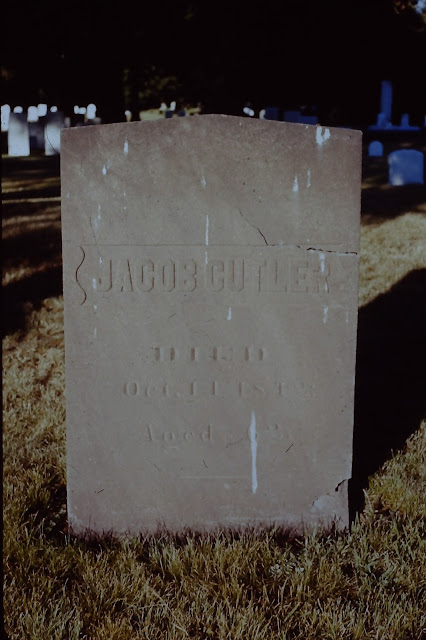 My ancestral grandfather Jacob Cutler served as a private in Captain Newhall Taintor’s company, First Regiment (Brainerd’s) Connecticut Militia during the War of 1812.  He was on duty in New London, Connecticut (Fort Trumbull) from 18 August 1814 to 27 October 1814.[1]

He married Demis Johnson, the daughter of Joseph Johnson, and the great grandaughter of "The Lost Trumbull," Joseph Trumble, Jr. of Lebanon, Connecticut.

Posted by The Lost Trumbull at 6:01 AM