The Lost Trumbull: The Descendants of Joseph Trumble, Jr. (1705-1731) of Lebanon, Connecticut.


The following excerpt is taken from an article I co-authored titled, "The "Lost" Trumbull: The Descendants of Joseph Trumble Jr. (1705-1731) of , the Eldest Son and Business Partner of Captain Joseph Trumble Sr. and Brother of Connecticut's Revolutionary War Governor, Jonathan Trumbull Sr.", by Lee Gerlander and Todd Gerlander, published in "The Connecticut Nutmegger", Volume 46, Number 3, December 2013, published by the Connecticut Society of Genealogists, Inc. The article was a culmination of decades of research, beginning back in the early 1970's on the Bulkeley-Johnson family connection. I included the first seven generations (pages 194-201) in this post which deal directly with the Trumbull-Bulkeley-Johnson families, including endnotes. I also corrected any edits, typos, etc., from the original publication. 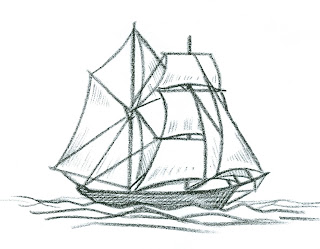 Author's Note: This article, with its focus on my ninth generation lineal ancestor Joseph Trumble Jr., eldest son of Captain Joseph Trumble Sr. of Lebanon, Connecticut, documents one line of descent through his eldest daughter, Sarah Trumble. Trumbull family genealogies and charts are either incorrect or omit the descendants of Joseph Trumble Jr. entirely. I propose to find the "lost" Trumble, and to set the record straight.

"John Trumble, immigrant ancestor of this family, was a cooper, and came to New England from Newcastle-on-Tyne, Northumberland, England.  He settled at Rowley, [Massachusetts,] in 1640, and filled the offices of town clerk and schoolmaster."[1]

Captain Joseph Trumble Sr. was the patriarch of the Lebanon branch of the Trumble/Trumbull family. In 1704 he moved to Lebanon and purchased land there. He later purchased the house and property of the Reverend Joseph Parsons, first minister of Lebanon.[14]  In 1718, "This Assembly do establish and confirm Mr. Joseph Trumble Lieutenant of the Troop raised in the county of New London."[15] The year 1727 is the traditional date for when Captain Joseph Trumble Sr. built or purchased the Trumble storehouse/shop, which later became the war office of his son, Governor Jonathan Trumbull Sr., during the American Revolution.[16] In May 1728  "This Assembly do establish and confirm Mr. Joseph Trumbull to be Captain of the Troop in the County of Windham, and order that he be commissioned accordingly."[17]

In 1740 Captain Joseph Trumble Sr. built the Trumbull House.[18] "Various trades were carried on here. Cloth was woven, and leather was tanned; boots and shoes were made to order by the town shoemaker, who took the measure of the feet needing to be shod; saddles and harnesses were made by the saddler; axes, hoes, scythes were fashioned at other shops; barrels and casks were turned out by the cooper; greater activity doubtless being lent to the town by the extensive commerce of land and sea carried on under Capt. Joseph Trumbull."[19]

Below are the tombstone inscriptions of Captain Joseph Trumble, Sr. and his wife Hannah (Higley) Trumbull.[20]

Here lies the body of
Capt. Joseph Trumble
One of the Fathers of ye town and
Just Friend to it, of a compassionate
Kind deposition who after a short
Illness departed this life in the hope
Of a better June 16. 1755 in the 77th year of his age.

Here are deposited the remains of
Mrs. Hannah Trumbull, late wife of Capt. Joseph Trumbull, Daughter of John
Higley of Simsbury Esqur. Whom came from
Frimley in ye County of Surrey by Mrs. Hannah
Drake his first wife. She was born
At Windsor 22d April 1683, Died at
Lebanon 8 Nov. 1768, aged 85 years. 6 mo. & 15 days.

Children of Joseph Sr. and Hannah (Higley) Trumble, all born in Lebanon, Connecticut:[21]

JOSEPH TRUMBLE JR. was born at Lebanon, Connecticut, 27 March 1705; apparently he was lost at sea about 28 December 1731, aboard the Brigantine Lebanon, bound for the West Indies.[22] He married at Lebanon on 20 November 1727, SARAH BULKELEY, [23]  who was born at Colchester, Connecticut, 8 April 1702. [24] She died at Colchester in 1798 and was buried in the recently excavated and restored Bulkeley Family Tomb, Old Cemetery, Colchester. [25]

"Here, in this same year [1705], was born his [Joseph Sr.’s] eldest son Joseph, destined to a short career with a sad ending; for at the age of twenty-seven, on a foreign voyage in the interest of  his father’s growing business, he was lost at sea, leaving a widow with two daughters. Doubtless he had become, at this time, his father’s right-hand man, and doubtless too, much of the father’s success and prosperity were due to this son."[32]

In October 1730, "This Assembly do establish and confirm Mr. Joseph Trumble, Jun., of Lebanon, to be Quarter Master of the Troop in the County of Windham, and order that he be commissioned accordingly."[35]

"To the Honorable Superior Court holden at New London legal term 1735.  The humble request of Ann Griffin of New London in New London County: follows in these words (undecipherable word here) whereas your honorable petitioner husband Samuel Griffin sailed out of this port of New London as mate on board the Brigantine called Lebanon whereof Mr. Benjamin Shapley of said New London was then Master on the 29th day of December 1731. to which said vessel was bound for the Island of Barbadoes from there to Sal Tortuga and so back to this Port of New London. fore of which vessel masts master & mariners there hath been no intelligence since their departure from New London aforesaid except what was heard five days after such their departure concerning this report by one Captain Boulder till then accompanying them in their passage. But left them in great distress in a storm. Since with no account is given of them. When now is almost four years. Why it is now beyond doubt that your honorable petitioner husband is dead.
Wherefore the news to this Honorable Court that according to one certain law of this Colony page 224/225 – she may be esteemed single and unmarried and may have the liberty with and by said statute this Honorable Court are authorized to grant and your honorable petition as is duty bound with due prayer.

Children of Joseph Jr. and Sarah (Bulkeley) Trumble, all born in Lebanon, Connecticut:[39]

Sarah (Trumble) Johnson was named in her grandfather, Captain Joseph Trumble Sr.’s will: "To my Grandaughters Sarah & Katherine Trumble the Daughters of my son Joseph I give twenty five pounds apiece old tenor to be paid them out of my moveable estate by my Executor."[45] Sarah Trumble signed the discharge on 1 March 1756 as Sarah Johnson.[46]

On May 15, 1809, Sarah "Watrous," the late Sarah Johnson, sells her dower rights from the estate of her late husband Elijah Johnson of Colchester.[49]

Children of Elijah and Sarah (Trumble) Johnson, all born in Colchester, Connecticut:[50]

In The Genealogy of Captain John Johnson of Roxbury, Massachusetts: Generations I to XIV (Los Angeles, Calif.: Commonwealth Press, 1951), the author Paul Franklin Johnson incorrectly lists Sarah Hopson as the wife of Elijah Johnson. This genealogy lists the birth date of this Sarah Hopson as 29 January 1727. However, both Gordon Hopson Tully’s The Hopson Family of Colchester, Conn., 1700-1760/1770 ([Upper Montclair, N.J.: Tully, 1974?]), a typescript at the Connecticut State Library, Hartford, and the Connecticut Vital Records (Barbour Collection): Colchester 1699-1850 list her birth date as 29 January 1737.  The latter source also lists her older sister Betty/Elizabeth’s birth date as 16 February 1735 (p. 87).  If the marriage between Elijah Johnson and Sarah Hopson were correct, Sarah would have been nine years old when her supposed first child Catherine was baptized on 14 September 1746 (Records of the First Church of Colchester, Connecticut).[53] Johnson’s genealogy provides no evidence or proof for this marriage.

In fact, Sarah Hopson married Asa Clark on 4 December 1755 in Colchester, Connecticut.[54]  In the church marriage record she is listed as Sarah Hopson, not as Sarah Johnson, nor is the term "widow" used as in other such entries. It is also questionable that Sarah Hopson, a woman in mourning, would re-marry less than four months after the death of her first husband.[55]

Joseph Johnson was a veteran of the American Revolution. He served as a corporal in Captain Nathaniel Webb’s company, Colonel John Durkee’s Fourth Connecticut Regiment of the Continental Line. He served from 1 March 1777 to 1 March 1780.  He re-enlisted and was appointed corporal 1 May 1780 in Captain Andrew Fitch’s Company of the Fourth Connecticut Regiment for a term of seventeen months and was discharged 30 September 1781.[67]

Children of Joseph and Jerusha (Foote) Johnson, all born in Colchester, Connecticut:[68]

Jacob Cutler served as a private in Captain Newhall Taintor’s company, First Regiment (Brainerd’s) Connecticut Militia during the War of 1812.  He was on duty in New London, Connecticut (Fort Trumbull) from 18 August 1814 to 27 October 1814.[73]

Posted by The Lost Trumbull at 3:42 PM