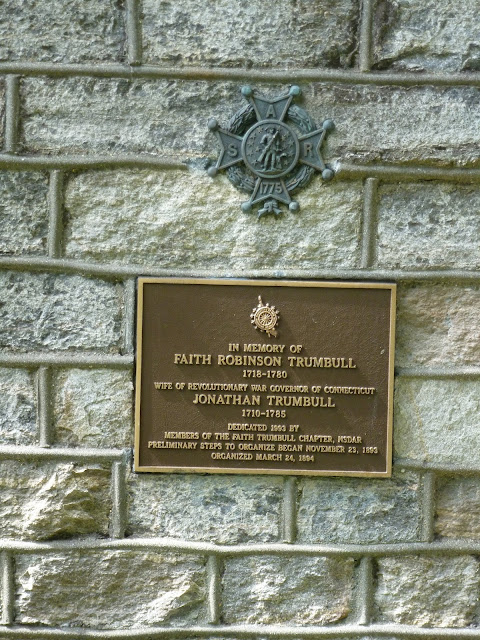 "On one occasion, Madam Faith Trumbull rose up in Lebanon meeting house, where a collection was being made for the army, took from her shoulders a magnificent scarlet cloak, which had been made a present to her from Count de Rochambeau, the commander-in chief of the French allied army, and advancing to the alter, gave it as her offering to the gallant men who were fighting not only the British, but terrible want and suffering. The fine cloak was cut into narrow strips and used as red trimmings for the uniforms of the soldiers. The romantic impression of Madam Trumbull's act kindled warm enthusiasm in the congregation and an enormous collection was taken, packed carefully, and sent to the army."[1]


Posted by The Lost Trumbull at 5:56 AM No comments: