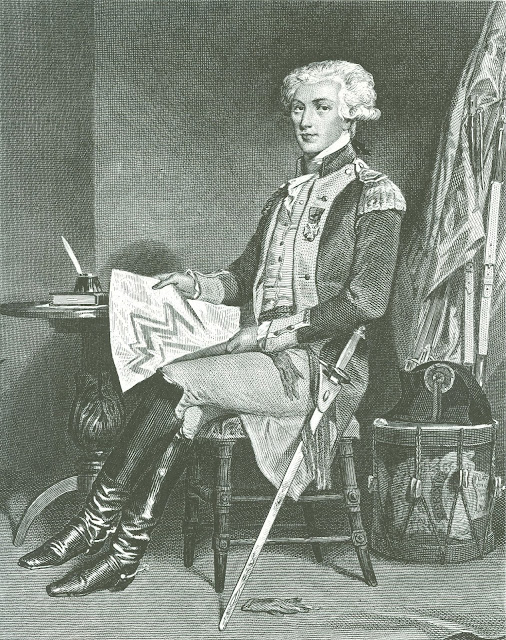 We know that Lafayette visited Lebanon, Connecticut in July of 1780, and we know that he met with Governor Jonathan Trumbull. In one of Lafayette's letters to General George Washington dated "Lebanon July the 23rd 1780."[2] He states,

"I had this morning the honor to wait on his Excellency the Governor, and took the liberty, tho' in a private capacity, to inform him of our circumstances -- the result of our conversation I will therein transmit to you and to be more certain of conveying the Governor's ideas, I am writing at his own house and will show him my letter before I fold it up."[3]

It is also interesting to note, that at a meeting of the Governor and Council of Safety at Lebanon, Saturday July 29, 1780, this letter of Lafayette is mentioned, "Order drawn to the Pay-Table to draw on the Treasurer in favour of Mr. Sam. Gay, for going express to Hartford to carry a letter from the Marquiss DeLaFayette to General Washington -- viz, expence -- 7/6 -- horse 10/ -- himself 6/. One pound three shillings and six pence new emitted bills to be charged to the United States."[4]

Lafayette wrote the letter, quoted above, in the Governor Jonathan Trumbull House (pictured below) on West Town Street, owned and maintained by the Connecticut Daughters of the American Revolution. Gov. Jonathan Trumbull, Sr. inherited the house in 1755 upon the death of his father, Captain Joseph Trumble, Sr., Patriarch of the Trumble/Trumbull family of Lebanon, Connecticut. Captain Joseph Trumble, Sr. had the house built in 1735/40. The House originally stood on the corner of Town Street and the Colchester Road (Route 207), facing the Colchester Road. The Trumbull family store which later became the "War Office" stood on the West side of the house also facing the Colchester Road. The house was moved to its current location in 1824, and the War Office was moved twice, first in 1824, and again in 1844 to its present location, also on West Town Street. 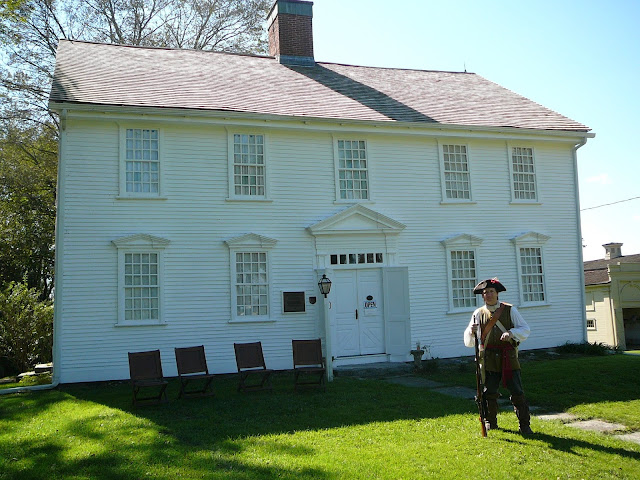