Stuart's Description of the War Office in Lebanon, Connecticut. 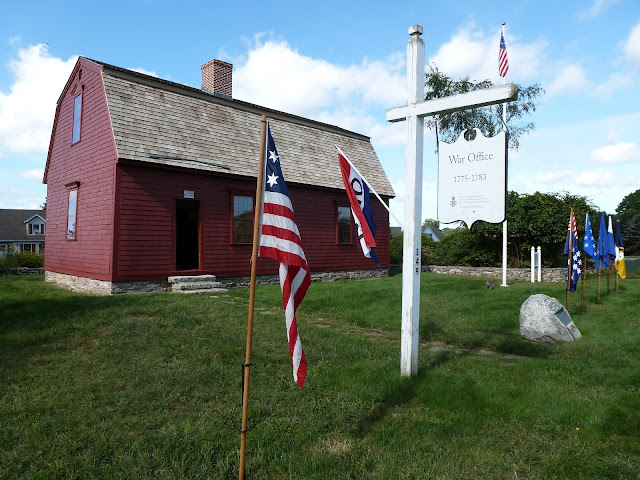 "Upon the sill of this old War Office too has pressed the foot of many a soldier from the Duke de Lauzun's famous Legion of Hussars, as a portion of it, for a whole winter, lay quartered in Lebanon, ere it took up its march to join Washington on the banks of the Hudson. Indeed the old building is crowded with associations of the deepest interest, and may well for a moment arrest the eye of the reader, ere he moves with us on in the path of proceedings which here, chiefly, took their rise."

"But within, it was divided, as seen but a few years ago, into two apartments - - one of which, that on the North, was strictly the office-room of the Governor, where he matured his councils -- and the other of which, that on the South, was his store room, and the apartment also in which his messengers and expresses were usually received." 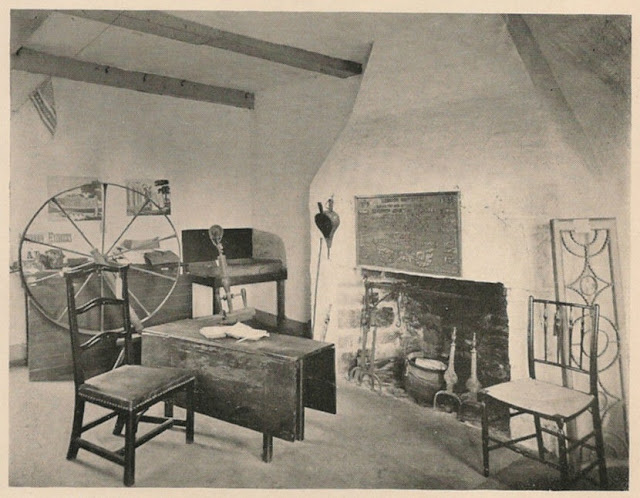 The earliest known photo of the interior (South Room) of the War Office, circa 1897. This photo appeared in an article titled, "Brother Jonathan and his Home", by William Elliot Griffis, published in the "New England Magazine", an Illustrated Monthly, Volume XVII, Number One, September 1897. 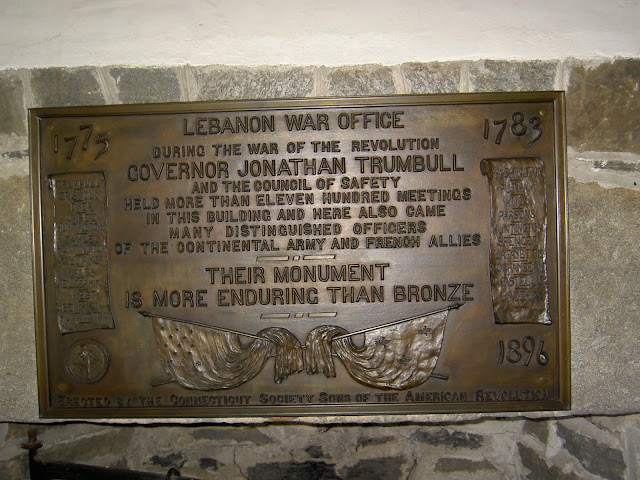 The War Office is owned and maintained by the Connecticut Society of the Sons of the American Revolution, Inc.

Posted by The Lost Trumbull at 9:22 AM