Sarah Trumble,
The Wife of Elijah Johnson of Colchester, Connecticut

In this blog post, we'll focus on Faith (Watrous) Isham (daughter* of Deliverance Watrous and Sarah (Trumble) (Johnson) Watrous, someone I was not aware of when The Lost Trumbull was published in 2013.), specifically, some important family information we can glean from the Revolutionary War pension application of Faith (Watrous) Isham's husband, Isaac Isham of Colchester, Connecticut. But first, I posted the links to three past genealogical blog posts, which should be helpful to anyone visiting this blog for the first time, who may not be familiar with The Lost Trumbull or The Lost Trumbull historical/genealogical blog.

Introduction to The Lost Trumbull.


Sarah Trumble, The Wife of Elijah Johnson of Colchester, Connecticut. 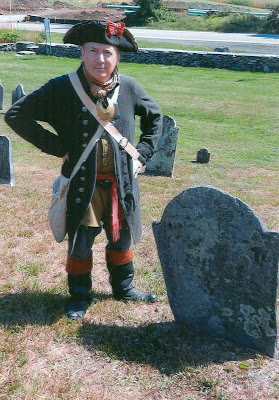 Sarah (Trumble) (Johnson) Watrous was named in her grandfather, Captain Joseph Trumble Sr.'s will, "To my Grandaughters Sarah & Katherine Trumble the Daughters of my son Joseph I give twenty five pounds apiece old tenor to be paid them out of my moveable estate by my Executor." Sarah Trumble signed the discharge on 01 March 1756 as Sarah Johnson.[2]


Captain Joseph Trumble, Sr., was the Patriarch of the Trumble/Trumbull family of Lebanon, Connecticut, moving there in 1704. He was the father of Connecticut's Revolutionary War Governor, Jonathan Trumbull, Sr. Tradition states that Joseph Trumble, Sr., built his store (later his son, Jonathan Trumbull's Store and War Office.) in 1727. He later built his house (later inherited by his son, Governor Jonathan Trumbull, Sr.) in 1735/40. Both buildings can still be seen in Lebanon today, although not in their original locations.

"He was distinguished for high integrity and great enterprise as a merchant, active in all the local affairs of the church and the town, and for many years captain of the train-band. He was the father of Jonathan, the "war Governor," and was the founder of the Lebanon branch of the family."[3]

"God's best gift to Lebanon was its first settlers. Captain Joseph Trumbull, the first of the name here, and the founder of the Lebanon branch of the family, settled here in 1704, just after the town was organized. He was a farmer and a merchant, and subsequently engaged, with his sons, in foreign commerce, building vessels of their own on the Thames and the Connecticut, and exchanging their exports for imports from the West Indies, England, and Holland. He had eight children, four sons and four daughters, of whom his oldest son, Joseph, his partner in business and supercargo of one of their ships, was lost at sea, and David, the youngest, was drowned in the millpond at home on his college vacation. Jonathan, the "War Governor," had just graduated from college and finished his preparation for the ministry, and was to have been settled in Colchester, when his brother was lost at sea, and he felt constrained to abandon the ministry and go to the assistance of his father. Here he acquired that business knowledge and ability which proved so valuable when he came to administer the affairs of the State and succor Washington and his army in their extremity. No wonder General Washington looked to him with hope when he could find help nowhere else, saying, "Let us see what Brother Jonathan can do for us"; and little wonder that he found it when the State responded with such contributions and sacrifices to the appeals of their heroic Governor."[4] 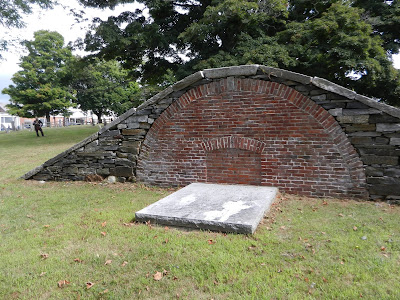 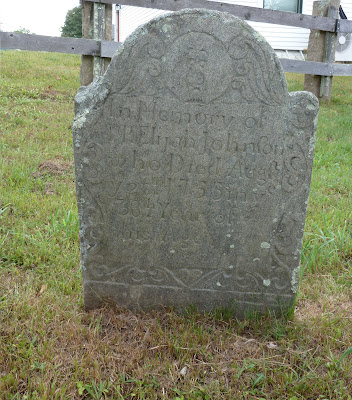 Let's take a look at Faith Watrous, who married Isaac Isham of Colchester, Connecticut, a soldier in the American Revolution. Faith (Watrous) Isham applied for a Revolutionary War pension for her late husband's service, but the application was denied. This was probably because he served in the Connecticut militia rather than the Continental, or regular army. Having read the entire pension application file, it's full of  family information.[5]

(1) The most important statement is in the affidavit of Faith (Watrous) Isham, wife of Isaac Isham. She was the daughter* of Deliverance Watrous and his wife, Sarah (Trumble) (Johnson) Watrous. In her affidavit, she referred to Joseph Johnson as, "her brother."[6] Joseph Johnson was the son of Sarah (Trumble) (Johnson) Watrous from her prior marriage to Elijah Johnson, who died in 1755. 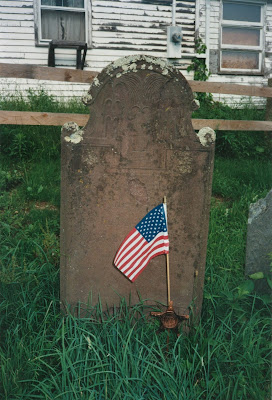 (2) Theodore Watrous (son of Deliverance Watrous and Sarah (Trumble) (Johnson) Watrous.) states in his affidavit that Faith (Watrous) Isham was his, "half sister,"[7]

* I will not dwell on the issue of Faith Watrous' parentage, there is not enough information, and it would merely be speculation. It's safe to say she was raised the daughter of Deliverance Watrous and Sarah (Trumble) (Johnson) Watrous, and was part of the Watrous family.[9] The question of parentage, full-sibling vs. half-sibling, raised in the affidavit of Theodore Watrous, who calls Faith Watrous his, "half sister," will require more research.

It's worth noting the name, "Faith," is very common in the Trumbull family.

There are more sources, including several relating to the children/grandchildren of Isaac Isham and his wife, Faith (Watrous) Isham, that I would like to take a closer look at before commenting on. Specifically, a Sarah Trumbull Isham, and a Benjamin Trumbull Stocking. Hopefully subjects of future blog posts.

The War Office is owned and maintained by the Connecticut Society of the Sons of the American Revolution.

The Gov. Trumbull House is owned and maintained by the Connecticut Daughters of the American Revolution.

Posted by The Lost Trumbull at 5:42 AM