Revolutionary War Office of Gov. Jonathan Trumbull and the Connecticut Council of Safety (1775-1783)

Revolutionary War Office
of Gov. Jonathan Trumbull and the
Connecticut Council of Safety 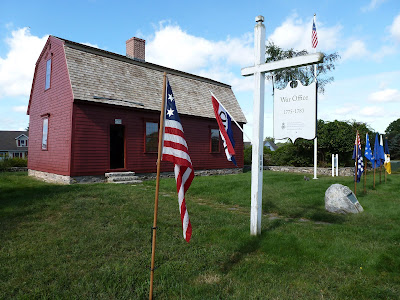 "In this office Governor Trumbull conducted his great commercial business, and through the war of the Revolution the Council of Safety, or War Council of the colony, held most of its sessions here, and it became by force of circumstances not only the military but also the naval headquarters of all the land and marine forces of the colony during that war."[1] 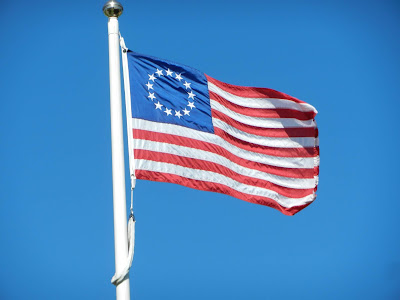 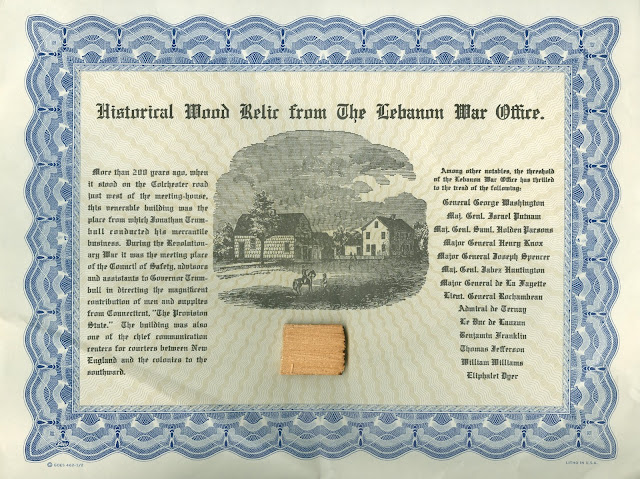 Historical Wood Relic from The Lebanon War Office
(certificate/souvenir of the War Office, circa 1970's) 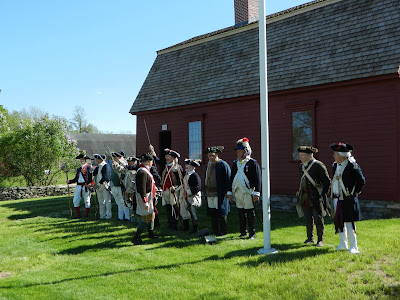 1. History of New London County, Connecticut, with Biographical Sketches of many of its Pioneers and Prominent Men, Compiled under the supervision of D. Hamilton Hurd, Philadelphia, 1882, pages 489-490, Digitized by Google, Google books, <https://books.google.com>.

Posted by The Lost Trumbull at 6:45 AM