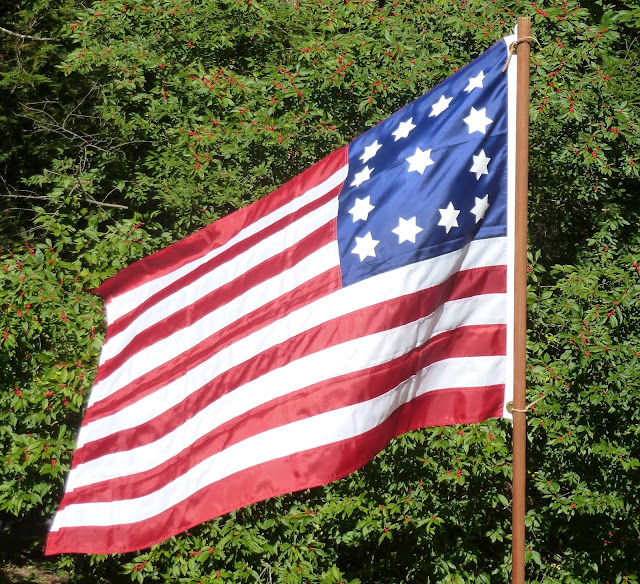 
Col. John Trumbull, the Artist of the American Revolution, "depicted the stars as six pointed, and only once as five pointed. His favorite star pattern was a square of twelve with one in the middle."[1]

1. Standards and Colors of the American Revolution, Edward W. Richardson, The University of Pennsylvania Press and the Pennsylvania Society of Sons of the Revolution and its Color Guard, 1982, page 26.

Posted by The Lost Trumbull at 7:33 AM No comments: